Bulla (the) Royal. The name seems rather pompous in view of the place this city actually held in history, but it is justified by the fact that Bulla was, during the second century BC, the capital of a Numidian principality that emerged from the dismemberment of Massinissa’s kingdom, the hereditary enemy of the Romans whom they finally defeated.

The foundation of Bulla goes much further back in time than this period, as the megaliths and dolmens spread over the site imply. Similarly, the few vestiges of Punic times testify to the influences of the Carthaginian metropolis on the mostly Numidian population’s lifestyle. It is the Roman occupation, however, that has bequeathed to us most of the vestiges that today are spread over several dozen hectares.

All the components of an ancient Roman city are to be found in Bulla Regia : temples, forum, public baths, theatre etc. Some of these monuments, such as the second century baths, are of a considerable size. But the site’s most original feature are its villas built on several floors: a ground level, at present almost razed, but with some very fine surviving fragments of mosaic pavements, and an underground level, used during the summer to afford protection from the torrid heat prevailing during that time of the year; and thus we have inherited houses that have remained almost intact with superb mosaic pavements, including the outstanding picture of Amphitrite borne by a marine centaur, Neptune and the two winged genies.

A proximity from Bulla Regia

The green city of Tabarka, famous for its spiers and its jazz festival 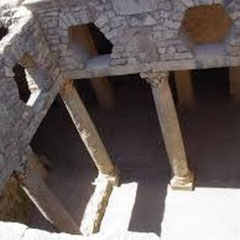 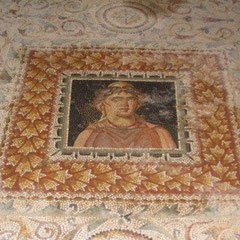 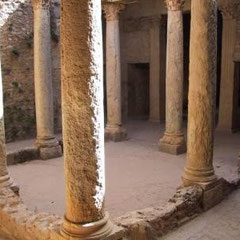