It is said that Utica was one of the first Phoenician trading posts to have been established on the soil of Africa, probably around 1100 BC (Pliny even specifies 1101!).

Older than Carthage, Utica for a long time played the role of capital before being overshadowed by her neighbour founded at the end of the IXth century BC but that expanded rapidly. Associated, often despite itself, with the fate of its neighbour, the city lived through periods of glory and of darkness. The turning point came with the war between Carthage and Rome when it sided with the victor and thence, in 146 BC, gained the privilege of again becoming the capital of Africa for 130 years. After that, it suffered the same fate as most ancient cities of Tunisia: as from the VIIth it fell into irrevocable decline.

The archaeological site of Utica, its surface area of modest size, is now situated at 12 km from the sea due to the filling in of the delta of the Medjerda river mouth. It contains a few buildings on the surface, in particular the superb “House of the cascade”, but also other houses, temples, a forum, baths, traces of theatres, circuses, amphitheatre, etc.

Less spectacular but more important perhaps, is the underground level that has been excavated to reveal a Punic necropolis. Tombs dating back to the VIIth century BC contained precious funerary furnishings providing information on the beliefs prevailing at the time as well as on the population’s life style, its activities etc. 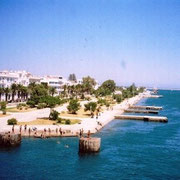 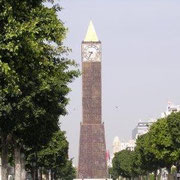 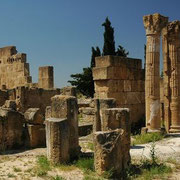 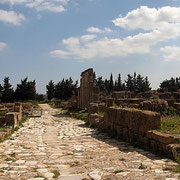 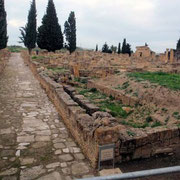 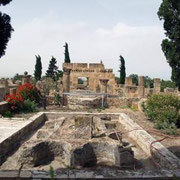