Tabarka's history is a colorful mosaic of Phoenician, Roman, Arabic and Turkish civilizations. The town is dominated by an offshore rock on which is built a Genoese castle. Nationalist leader Habib Bourguiba, later to become president of post-independence Tunisia, was exiled here by the French colonial authorities in 1952.

A Pine and mimosa covered mountain gentle slopes to the sea where bays of fine sand are interspersed with rock "needles", sculpted by the sea.

Since antiquity Tabarka has been famous for its coral fishing and the Jazz festival. 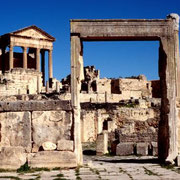 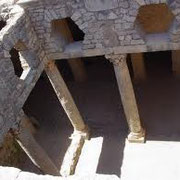 Located on a hill overhanging the city, with 500 meters of the beach and 10 minutes with foot of the marina.

Direct access to the beach and near the marina and downtown.

Directly alongside a fine sand beach and approximately 2 km away from the city center.

The Tabarka Golf Course  is one of the few courses in the world, between sea and forest. Located in an area 118 ha of forest, this golf course has 6400 meters in length. A beautiful 18-hole par 72.
Course designer Ronald Fream. 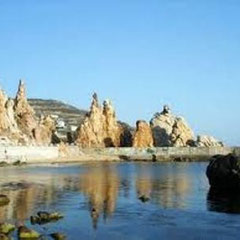 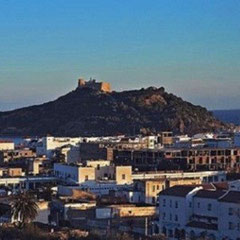 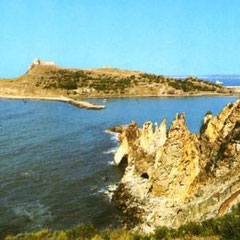