The archaeological site of Makthar

The ancient city is located archaeological Maktaris in Makthar village in west-central Tunisia.

Numerous civilizations gathered in this large area, even finding remains of dolmens. Numidians, Romans and Christians left their signature.


It seems that the foundation of the city itself dates to the lst century BC, with the establishment of Punic or Punic-Numidians who spread the culture and the arts of Carthage in the region in a lasting manner, so that the influence continued after the arrival of the Romans in the early lst century. Yet, most of the archaeological heritage, considered one of the richest and finest of Tunisia dates to the Roman period. The city’s apogee was in the IInd and IIIrd centuries. Its decline began in the IVth century and was precipitated by the Vandal and Byzantine invasions.

A monumental gate, standing today at the entrance of the modern town, welcomes visitors and on the other side of the road, the site itself protected by an enclosure. Within, all the monuments composing a Roman city are to be found, most in a good state of conservation: amphitheatre, baths (4 in all) forum crowned by an imposing triumphal arch dedicated to Trajan, temples, basilicas, crypts, mausoleums and even…a Roman tax office!

A world on its own! 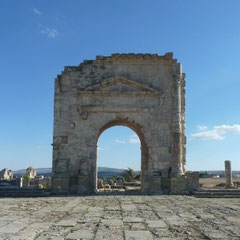 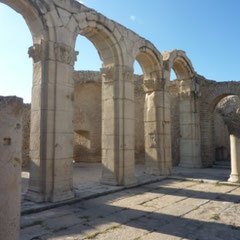 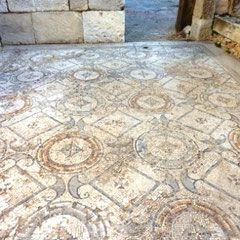 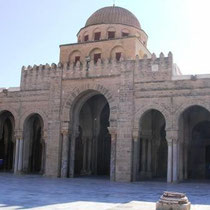 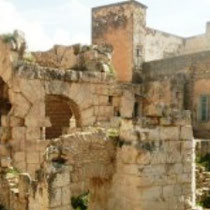