The most important Muslim city in Africa and the fourth in the world after Mecca, Medina and Jerusalem. For believers, seven trips to Kairouan amount to a visit to Mecca.

Founded in 671, Kairouan flourished under the Aghlabid dynasty in the 9th century. Despite the transfer of the political capital to Tunis in the 12th century, Kairouan remained the Maghreb's principal holy city.

The Great Mosque of Kairouan is undoubtedly the most ancient Islamic religious building in the Moslem West. It was built in 670 during the first campaign to annex Ifriqiya to the emerging Moslem empire. After having chosen the location of the “military camp”- al qayrawan - on the edge of the northern foothills, where he established his troupes after the first victorious offensive, general Okba Ibn Nafaa proceeded to build a seat for the government of the province of Ifriqiya and an oratory of mud-bricks, which, in the IXth century, after being remodelled several times, took on more or less the aspect the Great Mosque has retained to this day. 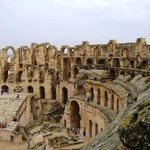 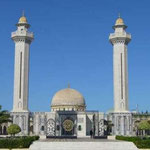 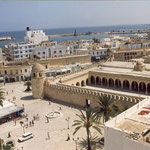 Authentic arab house renovated. Located in the Medina, a few minutes from the Grand Mosque.

Located in the heart of Kairouan. Ancient fortress fully restored. 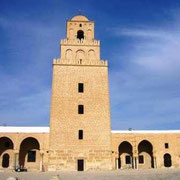 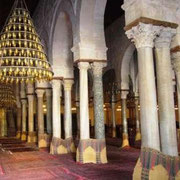 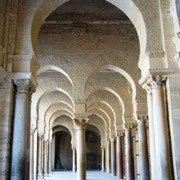 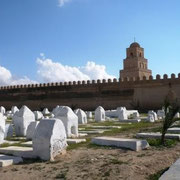